28
Jan
Back one page 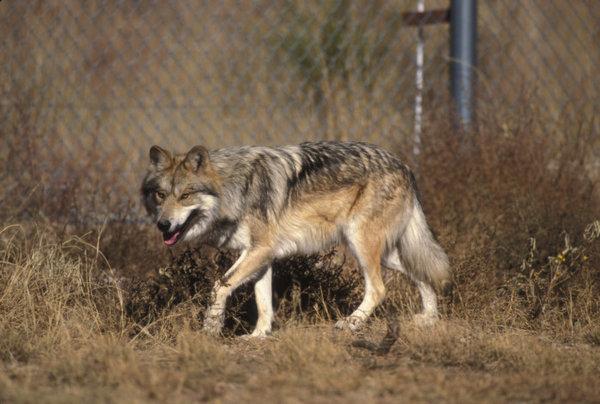 As the fight continues over President Trump’s demand to extend the border wall between the United States and Mexico, one thing is clear: Whatever the wall’s effect on immigration might be, it would have an impact on the environment of the borderlands.

About 650 miles of border wall already exist along the 2,000-mile boundary between the two countries. Most of it has been built on federal land where the terrain provides no natural barrier. Mr. Trump has called for a 1,000-mile wall, which would extend farther across land that includes important habitats for wildlife.

A Customs and Border Protection policy says the agency “will integrate environmental stewardship and sustainability practices into operations and activities.” But Congress has given the agency the power to waive environmental protections like the Endangered Species Act. Such laws could require the government to produce an in-depth environmental impact analysis of a new project, develop less-damaging alternatives and perform environmental monitoring after construction.

A spokesman for Customs and Border Protection was unavailable because of the partial government shutdown, a result of the political standoff over funding for the wall.

An article published last year in the journal Bioscience, which has been signed by more than 2,900 scientists, said the administration’s plan would “threaten some of the continent’s most biologically diverse regions” by blocking free movement of many species and contributing to flooding. More than 1,500 native animal and plant species would be affected by the wall, the paper said, including 62 listed as endangered or vulnerable.

Here are some of the possible effects that an extended border wall could have on wildlife.

Animals would be cut off

An extended border wall would impede the movement of many species and would put creatures already under pressure in peril.

Aaron D. Flesch, a research scientist at the University of Arizona, said he had no doubt that endlessly inventive humans could scale a wall. But it would block many four-legged creatures, he said.

Even some low-flying birds like the ferruginous pygmy-owl could have trouble. “You think a bird’s just going to fly over a wall, but that’s not necessarily the case,” Dr. Flesch said.

Animals need to be able to move around, to find food and mates, among other things. An outbreak of fire or disease, or the pressures of climate change, can force them to seek new homes. And the pockets of the landscape that suit them can be widely dispersed.

Small populations of endangered animals — such as the Mexican gray wolf, or lobo, and the Sonoran pronghorn — may be stranded on either side of the border, leaving some species likelier to die out. “For a critter that’s nearly extinct in the U.S., you need to promote connectivity, not curtail it,” Dr. Flesch said.

Even a less-than-solid wall that incorporates bollards or “slats,” as Mr. Trump has sometimes proposed, could disrupt wildlife, Dr. Flesch said. While some smaller animals would be able to slip through, even the low, permeable vehicle barriers already erected in some areas can act as “behavioral barriers” to some species like the Sonoran pronghorn, which are “open country runners that avoid fences,” he said.

Researchers have identified a number of creatures at risk that are rare in the Southern United States, though some have larger populations in Mexico. Vulnerable species in Texas’ Lower Rio Grande Valley include the ocelot and the black bear, according to University of Texas scientists. The National Wildlife Federation has also warned of problems for desert bighorn sheep and called the erection of a continuous wall “one of the biggest potential ecological disasters of our time.” 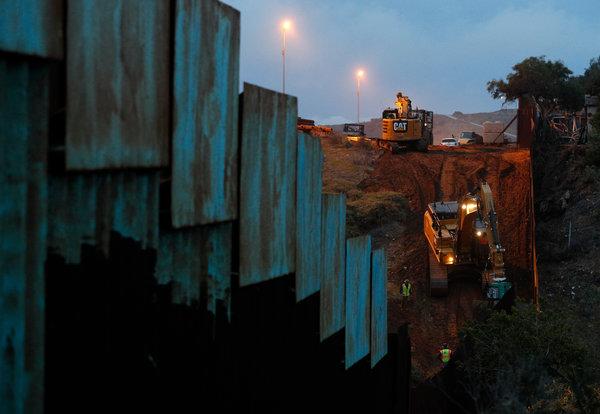 Even insects and plants could be affected

Low-flying insects could be affected by a border wall, too. The University of Texas researchers named the endangered wildflower Zapata bladderpod and the threatened whiskerbush cactus as particularly at risk, and the National Wildlife Federation named the Quino checkerspot butterfly, among others.

Many pollinators are already in decline because of habitat loss, said Scott Hoffman Black, executive director of the Xerces Society, a conservation organization with a focus on invertebrates. “This is one more issue that is going to put stress on bees and butterflies, and they’re already stressed with many, many issues,” he said. The long new stretches of a wall, with clear-cut “enforcement zones” to the south, could prove an impediment to many little fliers.

Another expert expressed doubt that the wall itself would prove much of a barrier to flying insects, but he said the wall would nonetheless present an enormous problem for some of them.

The expert, David L. Wagner, a professor of ecology and evolutionary biology at the University of Connecticut, noted that most insects can fly high enough to surmount a wall. But the array of lights that would be part of any such construction, he said, would disrupt the lives of nocturnal creatures like moths and even vertebrates that depend on darkness.

“Light pollution is turning out to be a real problem for nocturnal animals,” he said. “You’re pulling at the fabric of these ecosystems.”

Of course, there are illuminated buildings in many places. But Dr. Wagner said there was little difference between a border wall and a Walmart. Either way, he said, “It’s slaughter.” 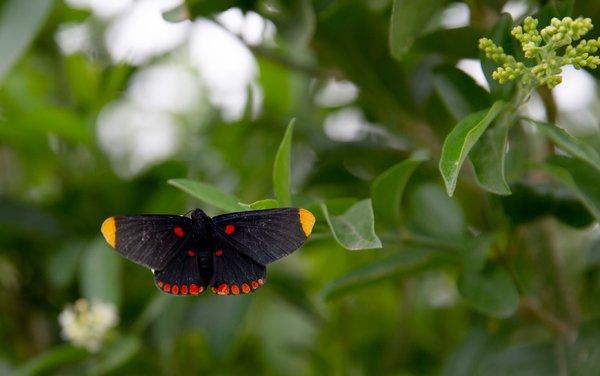 Wildlife refuges may be divided

Construction would disrupt several pieces of land that have been designated part of the National Wildlife Refuge System, as well as other treasures like the National Butterfly Center, a private nature preserve along the Rio Grande in Mission, Tex. Construction into the 100-acre sanctuary could begin as soon as next month, splitting off some 70 acres from the American side of the site.

After an outcry from environmentalists and local officials, Congress voted last year to protect one environmental jewel, the Santa Ana National Wildlife Refuge, a 2,100-acre “ecological crossroads” for migratory birds near McAllen, Tex., by refusing to appropriate money that would build the wall through it.

But environmental advocates say the areas that will go unprotected are vast, and the losses to biodiversity will stretch far beyond the thin line of the border. As Texas Monthly put it, “Federal Border Wall Funding Spares Wildlife Refuge, but Not Much Else.”

Tourism money could be lost

Because of the richness of the environment along many stretches of the border, the area draws tourists for hunting and fishing — and, to a great extent, ecotourism.

Birders have spotted more than 500 species in the four counties that make up the Lower Rio Grande Valley. A 2011 study from Texas A&M University estimated that bird watching and other forms of environmental tourism brought more than $344 million in economic activity to the area, and some 4,400 jobs.

The authors of the article in Bioscience, including Dr. Flesch, said the government should protect the “cultural value” of the borderlands. “National security can and must be pursued with an approach that preserves our natural heritage,” they wrote.