23
Sep
Back one page

Originally published on September 23, 2019 on Defenders of Wildlife’s blog.

The rain that had pelted our truck the previous evening ended before morning. The sky at dawn was almost clear, with just a few wispy clouds interrupting the even blue. Aspen leaves trembled in a light breeze. It was our last morning camping at a favorite spot in the White Mountains of eastern Arizona. I awoke early, determined to enjoy one last pre-breakfast walk in the home range of one of my favorite Mexican wolf families, the Elk Horn Pack, before packing up and returning to our desert home in southern New Mexico, with its telephone, radio, internet connection, and the responsibilities and minor annoyances of twenty-first century living.

Peter elected to sleep in for a while, so I borrowed his 10×42 binoculars, grabbed my hiking stick, and set off alone up the road to the northwest. Contrary to my usual practice, I left my camera behind, assuming that I wouldn’t encounter anything especially unusual or image worthy on a short walk from our campsite. Wolf tracks that I had photographed the previous day had been obliterated by the rain. Only a single set of tire tracks from a truck that had passed by the night before remained partially visible. I saw no new animal tracks, neither ungulate nor carnivore.

The graded road meanders through a forest that burned in the massive Wallow Fire in 2011. Fallen trees lie on the ground at random angles, while small knots of living trees remain here and there. Where large numbers of burned trees still stand, the wind passing through them makes a howling or whistling noise that can easily fool the listener into believing that wolves or coyotes are singing, especially at night. 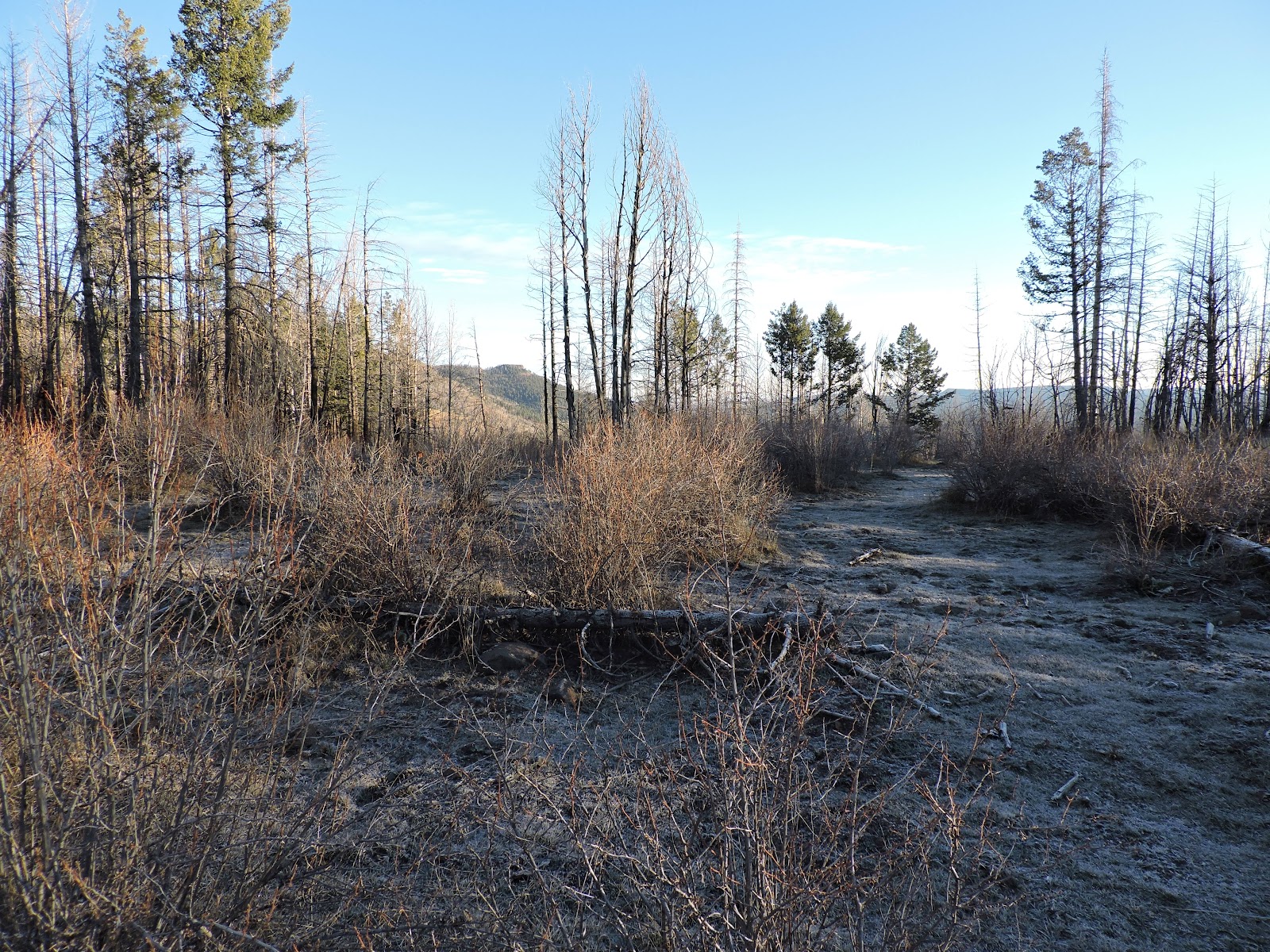 The fire left the forest more open than it was before, making it easier to glimpse a group of elk or deer through the breaks in the trees and undergrowth. As I walked, I kept checking both sides of the road for wildlife. After a few minutes movement to the left caught my attention. Through an opening in the trees, I could see a female elk with a calf that was still quite small. The two stopped and looked my way for a few moments. Then mama elk turned and continued northwest up a slope and out of sight, followed by her youngster and five or six additional adult females. I continued northwest on the road, too, in the hope that I might see these or other elk grazing in the open meadow when I reached the spot where the forest ends and the road emerges into grassland with long distance views. 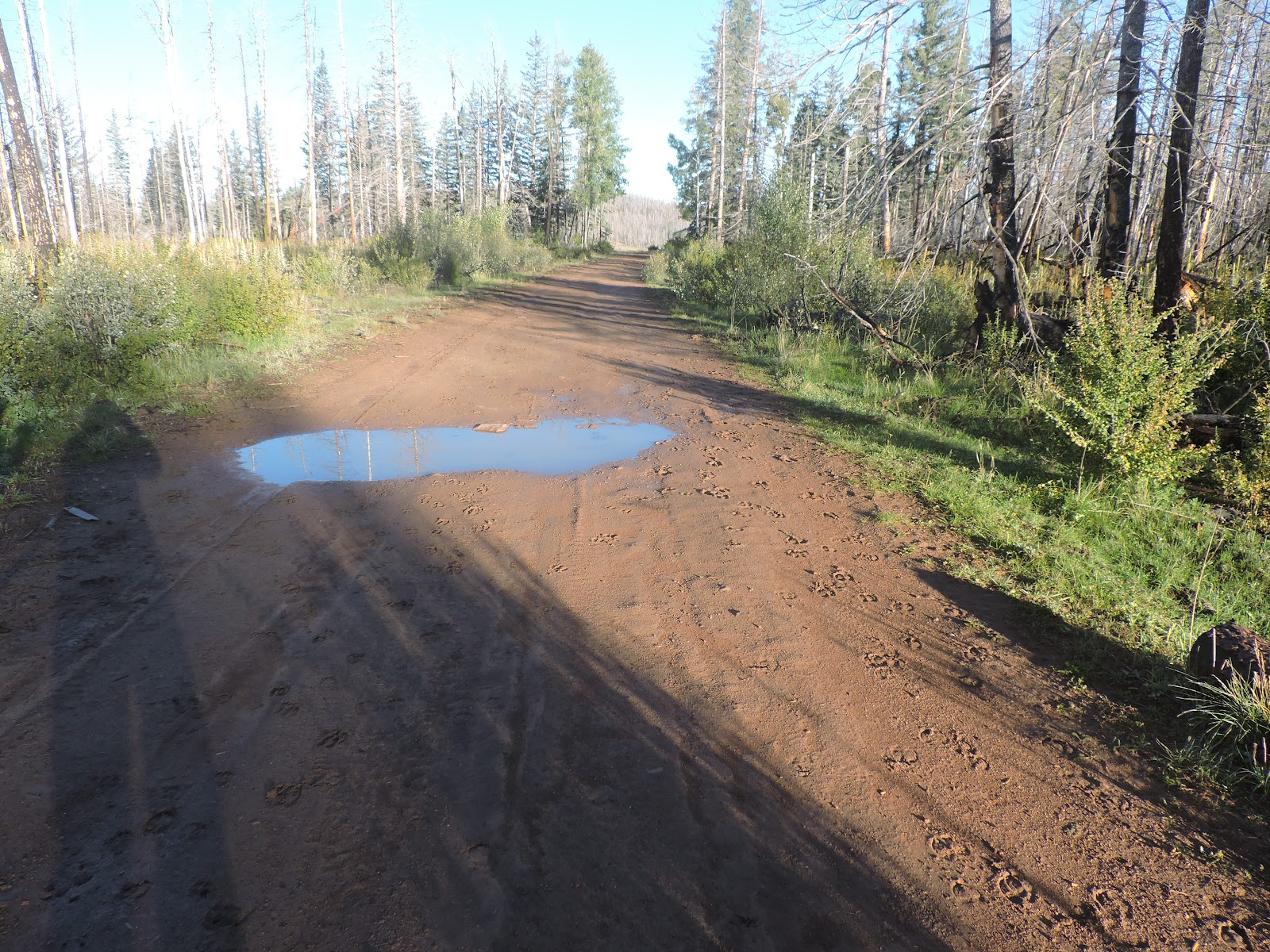 When I reached the place where the road breaks out into the open, I found a large tree trunk, felled by the fire, lying on the ground. It was a perfect place to sit and watch for wildlife in the meadow. I sat down between a pair of upwardly protruding branches and settled down to enjoy the peaceful morning and look for wildlife.  After I scanned the meadow for a few minutes, I looked back down the road in the direction I had come, and there, probably no more than 100 feet away, was a good sized canid walking in my direction. I don’t think it noticed me, probably because I was sitting quietly and the wind wasn’t carrying my scent in its direction.

As it approached, I was able to see that its collar was light in color—whitish, with tan along the edges—and the “box” on the collar was swinging from side to side like a cowbell!  When the wolf did finally notice me, it just continued to walk quietly up the road, stopping when it was directly opposite my location. It stood there in the middle of the road for a few seconds, looked me directly in the eyes, and gave a soft “huff” before moving away from me and off the road. I was too stunned to think very clearly. In addition, I wasn’t sure how the animal would react if I suddenly stood up, “looked big,” and made lots of noise, as the field team advises, so I remained seated on the log until it had moved away a considerable distance.

The wolf continued to move away, into the big meadow, stopping several times and uttering a more or less steady series of bark/howls as it went. It eventually stopped about 350 yards away, still bark/howling intermittently. Meanwhile, Peter had heard all the commotion back at camp and met me as I started walking back—the wolf still howling off and on out in the meadow. We walked slowly back to the road junction where Peter was able to get a look at the wolf with binoculars, as well as at a probable second wolf in the same field of view, but at a greater distance. 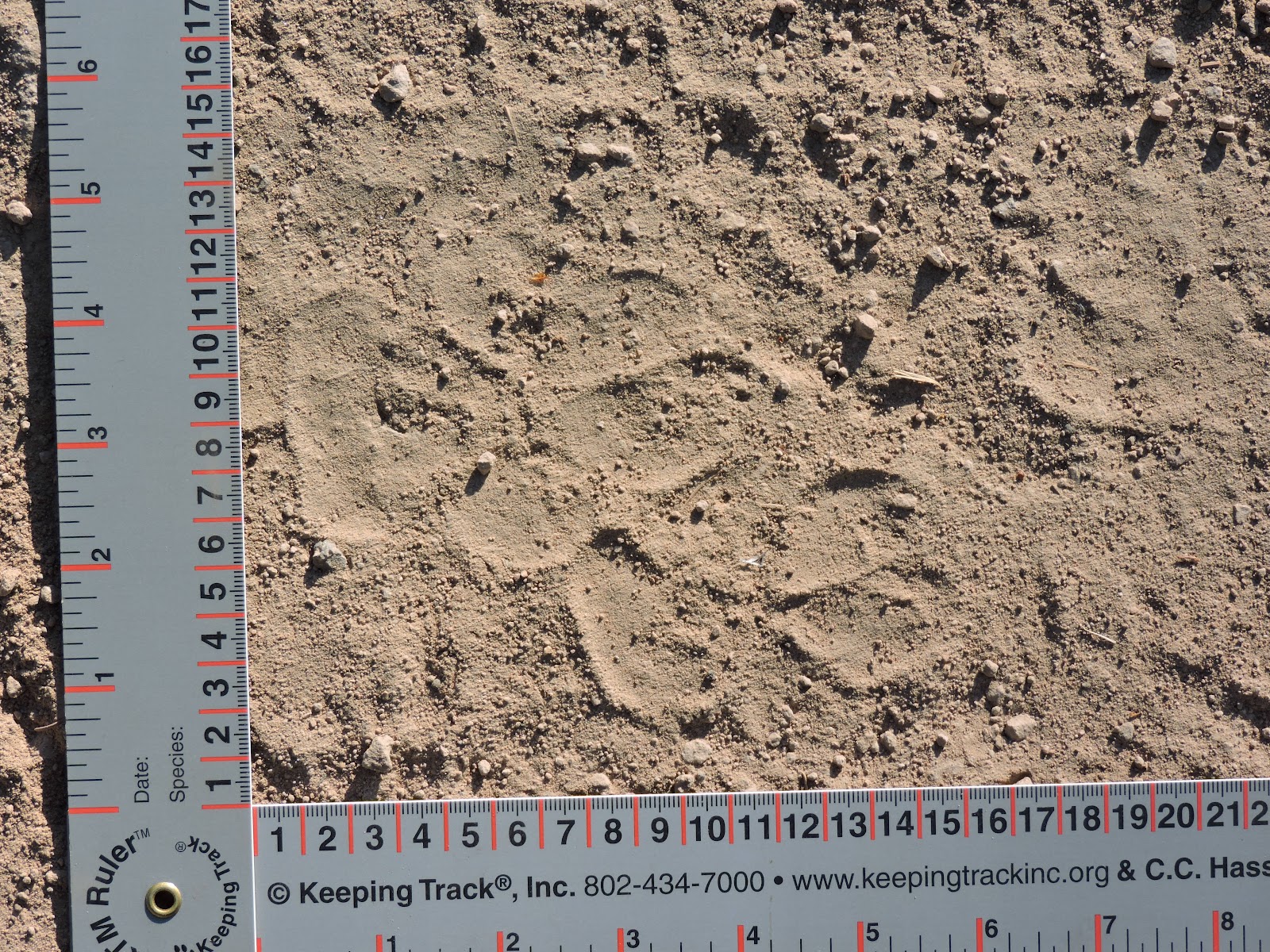 This was by far the closest encounter with a wolf that I’ve had in over 20 years of camping in Mexican wolf country. It was totally unexpected and left me close to tears. Not once did I feel in the least frightened. I suspect the wolf was as surprised as I was to suddenly find itself in such close proximity to a member of another species. Neither of us could read the precise intentions of the other, except that it was quite clear to me that the wolf wanted to put as much distance as possible between us and was bark/howling to send me that message.

Although I will forever cherish the memory of this experience, I hope it is the last time I come so close to a Mexican wolf. Not every member of my species has benign intentions toward theirs. I hope the next time I see a lobo, it will be through the lenses of my binoculars or the view finder of my camera and at a much greater distance.

Jean Ossorio is a retired teacher who has spent 520 nights camping in a tent in Mexican wolf home ranges in New Mexico and Arizona since 1998. She has seen 57 lobos in the wild.